The government keeps holding bond auctions amid rising risk-off sentiment. As scheduled, the government will have another government bond auction today, targeted to issue Rp20tn (maximum issuance: Rp30tn) or lower than the previous auction target of Rp23tn (max.: Rp34.5tn). The government will offer two SPN series, i.e., 3-mo and 1-yr tenors, and reopen five fixed-rate series, i.e., 5-yr FR0090, 10.1-yr FR0091, 15.3-yr FR0093, 20.3-yr FR0092, and 29.4-yr FR0089. Based on our auction bid regression model, we estimate total bids will still be higher than the initial target but may still be lower than in the previous auction, ranging Rp45tn-50tn.

Lowering total bids in the last conventional bond auction. In the last conventional bond auction on 1-Mar, total bids fell to Rp61.5tn (vs. Rp76.8tn in previous auction on 15-Feb and Rp74.6tn average total bids per auction YTD), as both onshore and offshore demands declined. Note, this was the lowest total incoming bids for conventional bonds so far this year. According to DMO data, incoming foreign bids fell to Rp4.4tn (vs. Rp8.5tn in the previous conventional auction and Rp9tn average foreign bids YTD). Even though foreign bids decreased, the total-foreign-awarded-to-total-foreign-bids increased to 32.1% (vs. 22.7% in the last conventional bond auction and 20.4% average YTD), showing that foreign still sees INDOGB as attractive. In line with lowering bids from foreign investors, local incoming bids from onshore investors also fell to Rp57.2tn (vs. Rp68.3tn onshore bids in previous auction and Rp66.7tn average total onshore bids per auction YTD). Hence, in line with lowering total bids, the government issued Rp19tn—the lowest issuance so far this year for conventional bonds (vs. Rp23tn in the previous conventional auction and Rp23.4tn average issuance per auction YTD). The government has the flexibility to slow down bond issuances early this year, which might be supported by 1) relatively high excess budget (SAL), estimated at >Rp333tn early this year; and 2) lower deficit outlook due to tax reform (UU HPP) and surplus realization in January’s fiscal balance. Based on our calculation, assuming a budget deficit of -4.1% of GDP, the government only needs to issue government bonds through auctions on average at Rp28.7tn, or already the same with the pre-COVID amount in 2019.

Total bids projected to continue slowing, ranging Rp45tn-50tn. Total bids are projected to continue slowing during today’s auction, as risk-off sentiment and big volatility were rising due to escalating war between Russia and Ukraine, as well as tracking global bond sell-off ahead of the Fed’s widely expected fund rate hike to 0.5% at its March meeting. As known, the latest CPI data showed that the annual inflation rate in the US accelerated to 7.9% in Feb-2022, the highest since Jan-1982. The hot inflation reading came on the heels of better-than-expected nonfarm payrolls numbers earlier this month while surging commodity prices added to inflationary pressures.

Even though negative global sentiments continued, at least two positive catalysts support demand in today’s auction:          (1) liquidity in the banking system has remained flushed, projected to reach Rp235.8tn in 14-Mar (vs. Rp303.1tn in the prev. bond auction on 1-Mar); (2) although there is no bond series maturing this week, there is still Rp34.2tn of coupon payments. Overall, based on our incoming bids model, we estimate total bids to continue slowing, ranging Rp45tn-5otn. 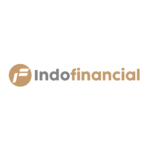